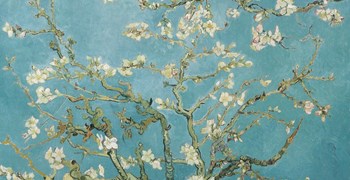 Translate to English
0
Tweet
0
“If you want a golden rule that will fit everything, this is it: Have nothing in your house that you do not know to be useful, or believe to be beautiful." -- William Morris

William Morris (1834 – 1896) was an English poet, writer, translator, businessman and social activist, but most of all he was a designer. He designed tiles, tapestries, carpets, linoleum, stained glass, and furniture.

His wallpaper and fabric designs have never been out of production since he produced his first wallpaper in 1864.

Although his family wanted him to follow a career in church, Morris refused, determined to become an artist. He tried his hand at architecture, oil painting, calligraphy, embroidery and wood-carving, as well as writing poetry, before he eventually hit on his future career almost by accident: when he and his university friend, artist Edward Burne-Jones, moved to London without any furniture, Morris began designing his own.

The William Morris Gallery in London is the only public gallery devoted to the life and legacy of William Morris. Morris lived here with his widowed mother and his eight brothers and sisters from the age of fourteen until he was twenty-two.

Today, Morris is best known as a wallpaper designer. 'Trellis', the first wallpaper he designed, was inspired by the roses in his garden. Morris asked his friend, architect Philip Webb, to draw the birds. Like so many of his patterns, Trellis is still manufactured today.

At first Morris was hesitant about his design skills. The pencil lines show how often he revised his ideas. 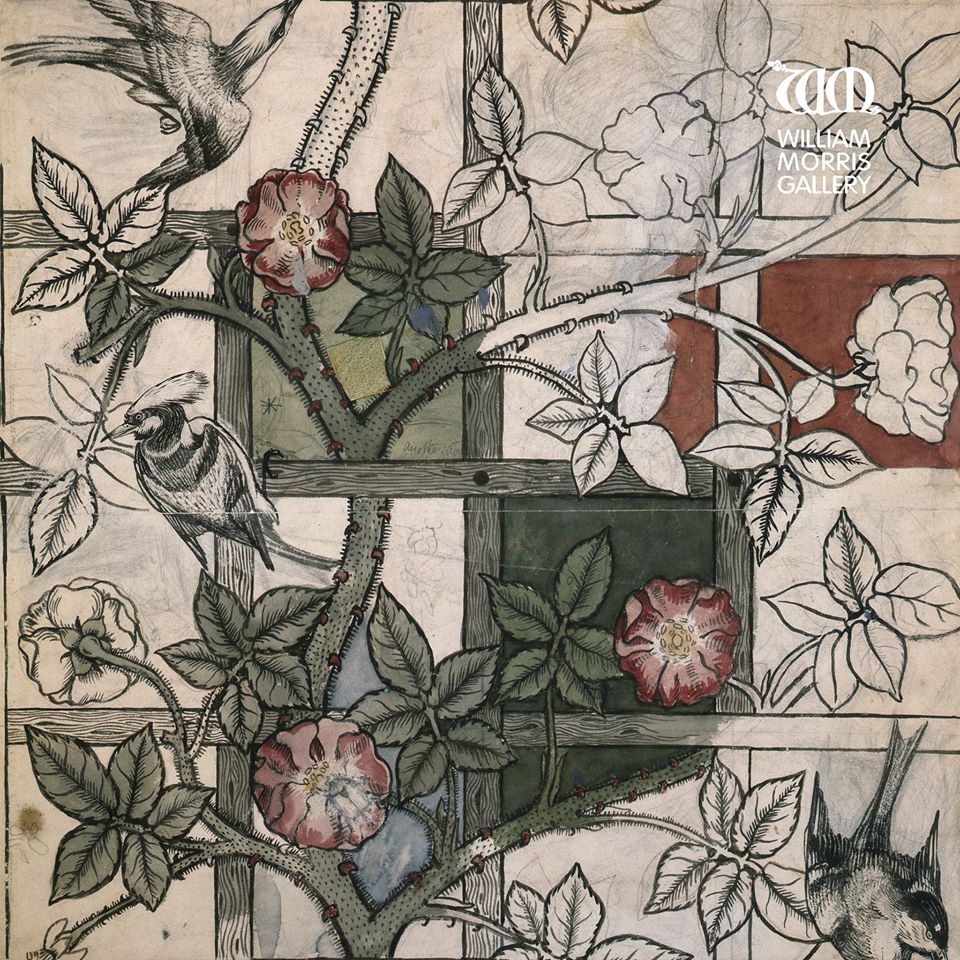 This is another one of Morris’s hand-drawn designs for wallpaper: Chrysanthemum design from 1877. He drew first in pencil, over a grid which helps establish the regular pattern repeat, then finished the design in watercolour.

Morris acknowledged in Some Hints on Pattern Designing that "the constant designing of recurring patterns is a very harassing business". A Manchester calico-printer had told him "that the shifty and clever designers" who draw textile patterns "have a great tendency to go mad"! 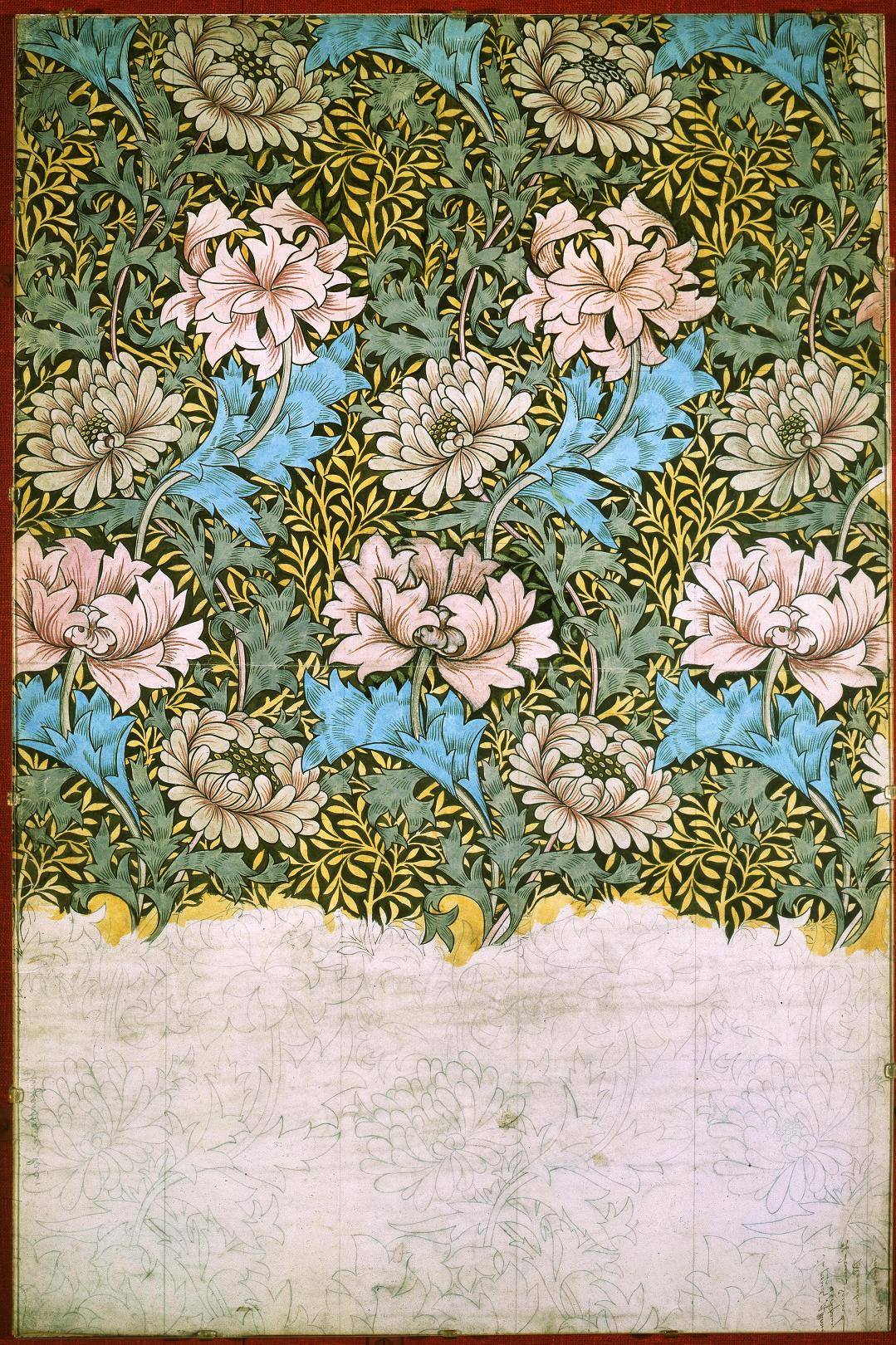 Morris’s wallpapers were hand-printed from wooden blocks. He preferred traditional techniques and although hand-printing was time-consuming and expensive, Morris thought the results far outshone the machine-printed wallpapers produced by many Victorian factories.

At first Morris tried to print the paper himself but the results were disappointing. He then turned to Jeffery & Co, a wallpaper manufacturer who used the standard woodblock printing process.

"Snakeshead" (1876) was one of the first designs Morris successfully produced using natural dyes. It was printed by Thomas Wardle, a chemist and dyer who collaborated closely with Morris, at his Staffordshire dye works. 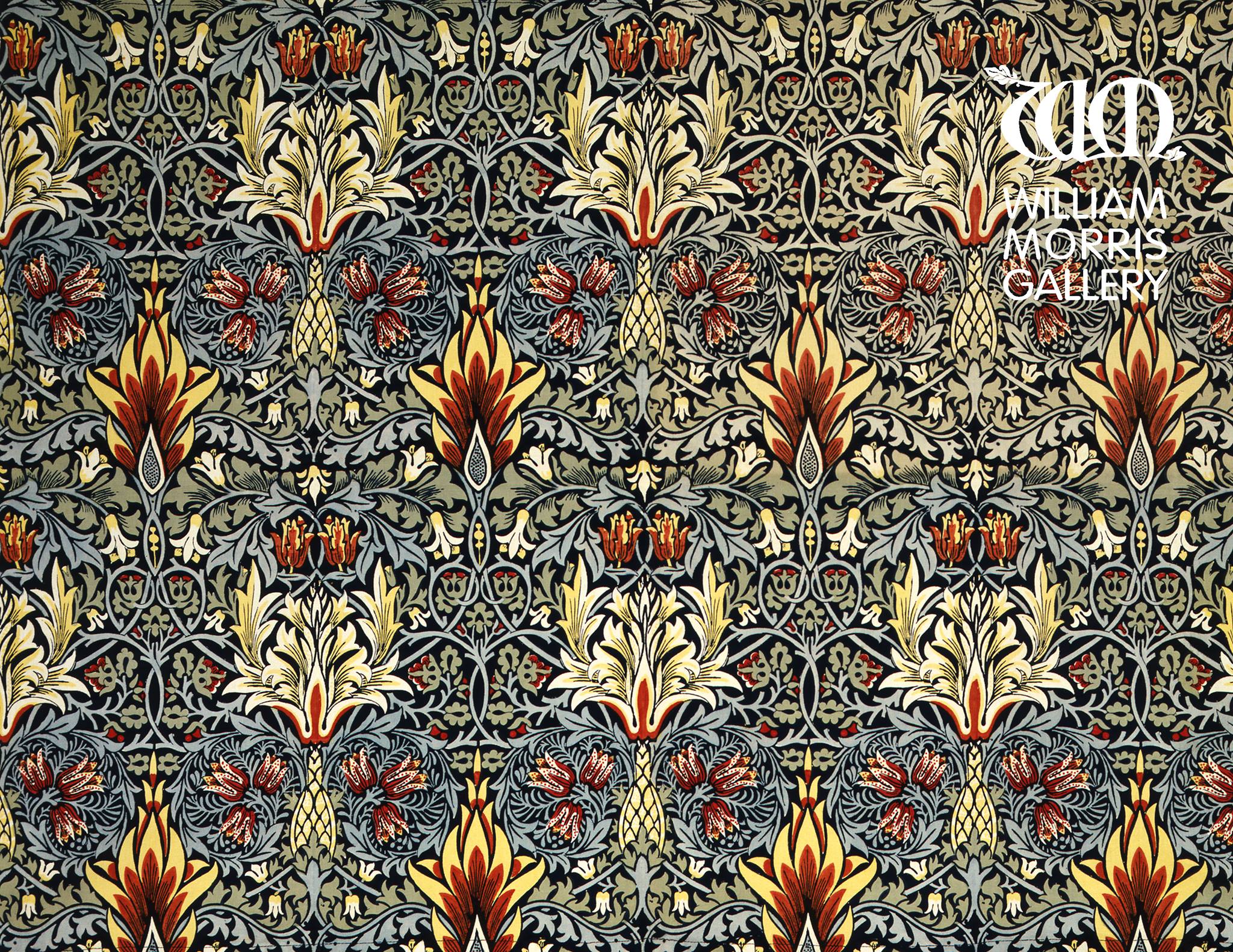 Morris's designs are based on natural forms and patterns. 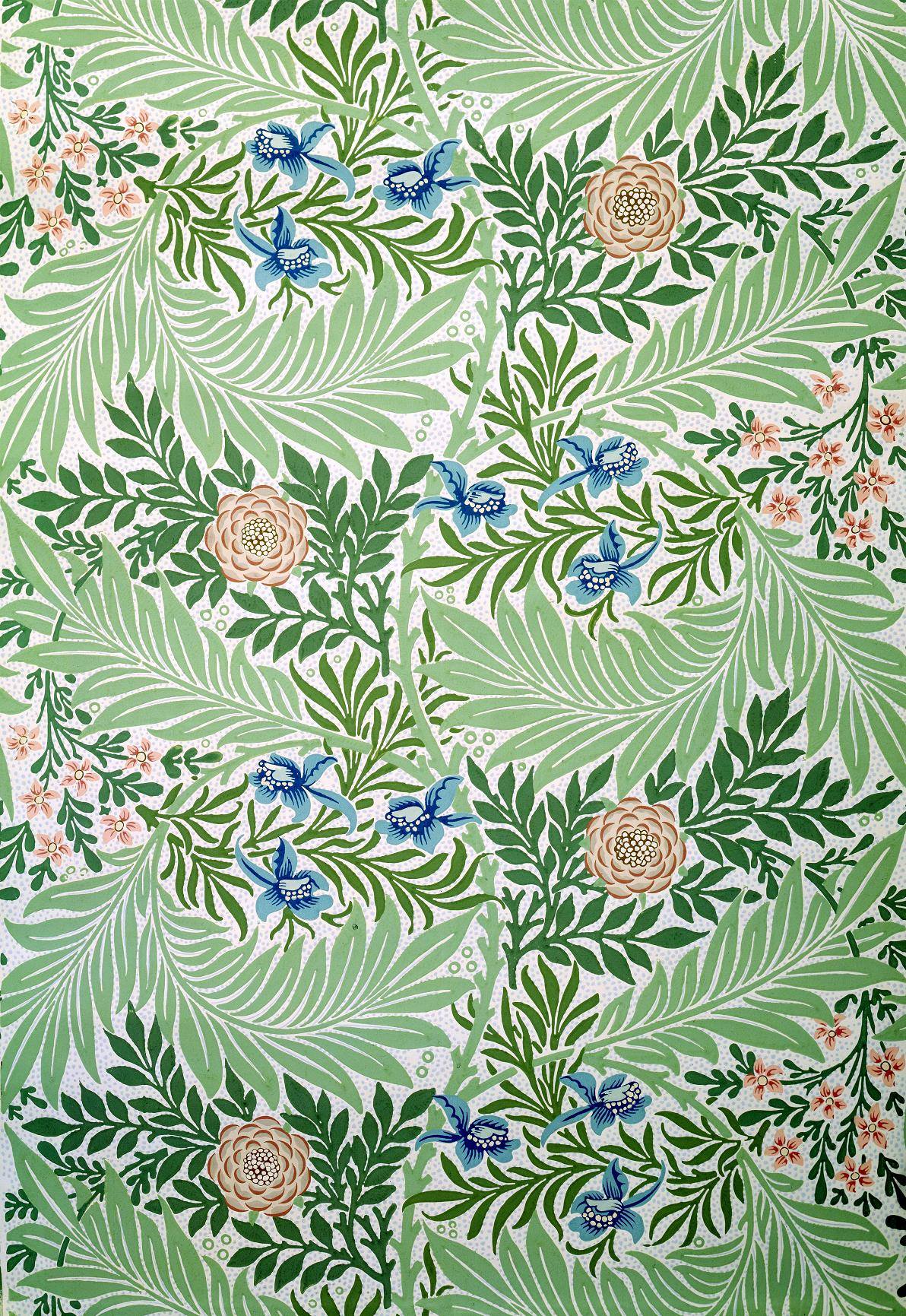