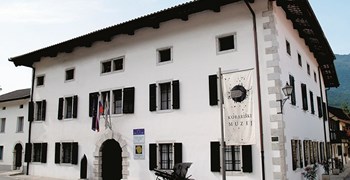 The Entrance Foyer symbolically introduces visitors to the theme of the permanent exhibition with maps which present Europe's World War I battlefields and the reestablished political borders at the end of the war, with flags, portraits of soldiers of many nationalities, and gravestones from the military cemeteries in the Upper Soča Region.

The Kobarid Rooms on the second floor of the Museum (rooms 1, 2, and 3) have a similar role and present a millennium of the turbulent history of Kobarid. Because of its location at the junction of the Soča and the Nadiža valleys that link Friuli and Carinthia, Kobarid was the scene of numerous invasions and wars. In the past century, the flag flown over Kobarid's main square changed some ten times. In these rooms, visitors find an abundance of information that is useful before exploring the Kobarid Historical Trail and the archeological site of the Late Roman settlement at Tonocov grad.

The collection, dedicated to the Isonzo Front, includes the Krn Room, the White Room, the Room of the Rear, the Black Room and a cave on the second floor.

The Krn Room displays the initial attacks along the Soča River after Italy entered the war on May 24, 1915. The Italian troops of alpini achieved the first major victory on the Isonzo Front with the conquest of Mount Krn, when they wrested this 2244 metres high mountain from the hands of its Hungarian defenders on June 16, 1915.  The central exhibit in this room is a 1:1000 scale relief model of Mount Krn, Mount Batognica and the neighbouring mountains. Many visitors study the model carefully before taking the tour of this highest part of the former battlefield or upon their return from this unforgettable outdoor museum.

The White Room tells of the suffering of the soldiers in the mountains during the twenty-nine months of fighting on the Isonzo Front. Before their arrival on this battlefield, no one could have imagined what awaited them. Prior to this, the Austro-Hungarian soldiers experienced ten months of fights on the plains of the Russian front and on the Balkan Peninsula, while the majority of the Italian soldiers had never been on a battlefield before. The harsh environment of the karst mountains was combined with all the difficulties and casulties claimed by winters with five, six, and more meters of snow, transport across the Julian Alps, ... The war certainly did not end before the first winter, as the politicians and generals had initially promised.

THE ROOM OF THE REAR

The Room of the Rear illustrates how the area behind the lines of the Isonzo Front became a true swarming place of hundreds of thousands of soldiers and workers who were scattered from Mount Rombon to the shores of the Gulf of Trieste. Both armies required an ever greater number of fortified positions, roads, waterworks, cableways, hospitals, cemeteries, workshops, brothels,...

The story of the twenty-nine months of fighting for positions along the Soča ends in the Black Room, a room of warning. Portraits of soldiers at prayer before they were sent into battle, the gate of the Italian military prison, crucifixes and sculptures made by soldiers who mourned at the graves of their fallen comrades, a gun carriage amid the rubble of stone and twisted iron, and above them photographs of the horrors of war all tell of the senselessness that went on in the mountains around the captured Mount Krn for full twenty-eight months. All the subsequent assaults by Italian troops against the well-fortified Austro-Hungarian positions were unsuccessful. Their retreats to their starting position brought only reports of terrible losses on the battlefield. The building that today houses the Museum was occupied by Italian military court.

On the second floor, the final campaign of the Isonzo Front, that is the twelfth Isonzo Battle, the counter-offensive by the elite German and Austro-Hungarian troops called the Battle of Kobarid is presented. This attack surprised the Italian command in the mountainous Upper Soča Region on October 24, 1917. By means of new tactics of warfare the other side achieved a victory which in the final year of the war on the Isonzo Front pushed the Italian Army deep back into their territory. While preparing for the offensive, the attackers had to invest tremendous efforts, and in a little over a month, 2400 trainloads of the necessary supplies and men were shipped to the foot of the mountains and then transported across the mountains to the Soča Valley. The extent of this task is illustrated on a 27 m2 large relief model of the Upper Soča Region in the scale 1:5000 and on large maps showing the movements and distribution of military units.

The preparations for the battle as well as its course are documented in numerous photographs taken mainly in the second half of October 1917 and during the first days of the fighting. They present most comprehensively the events in the Bovec basin, including the German attack with gas shells on the troops of the Friuli Brigade, the breakthrough of the 12th Silesian Division from Tolmin towards Kobarid, and the movement of  first lieutenant Erwin Rommel's troop across the slopes of the Kolovrat range to the peaks of Mount Matajur.

A detailed description of events is presented in a 20-minute documentary film, available in eleven languages. The same applies for the audio presentation of a soldier's letter to his father from the "Italian Bunker" dug somewhere into the slopes of Mount Krn. His narrative and the sound background created by the then popular Friulian song "Stellutis alpinis" move visitors and inspire deep reflection on human stress and suffering that the soldiers on both sides of the front must have experienced. 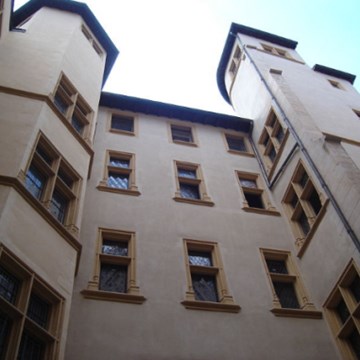 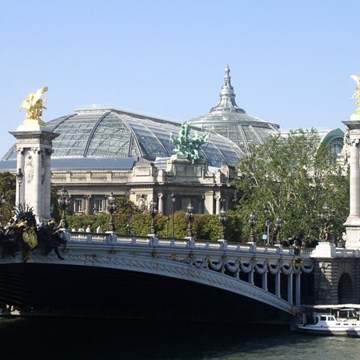 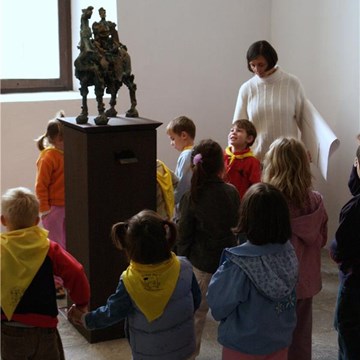 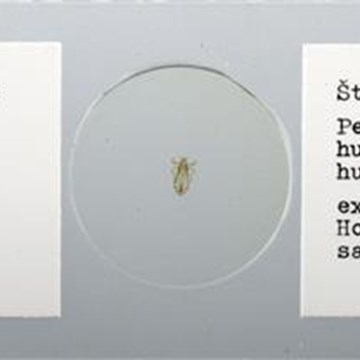 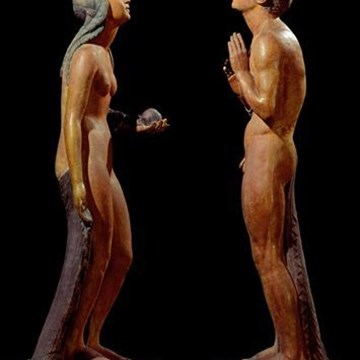